Benzylamine is an organic chemical compound with the condensed structural formula C6H5CH2NH2 (sometimes abbreviated as PhCH2NH2 or BnNH2). It consists of a benzyl group, C6H5CH2, attached to an amine functional group, NH2. This colorless liquid is a common precursor in organic synthesis and used in the industrial production of many pharmaceuticals. The hydrochloride salt was used to treat motion sickness on the Mercury-Atlas 6 mission in which NASA astronaut John Glenn became the first American to orbit the Earth. 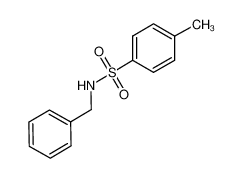