Canthaxanthin is a keto-carotenoid pigment widely distributed in nature. Carotenoids belong to a larger class of phytochemicals known as terpenoids. The chemical formula of canthaxanthin is C40H52O2. It was first isolated in edible mushrooms. It has also been found in green algae, bacteria, crustaceans, and bioaccumulates in fish such as carp, golden mullet, seabream and trush wrasse.
Canthaxanthin is associated with E number E161g and is approved for use as a food coloring agent in different countries, including the United States and the EU; however, it is not approved for use in Australia and New Zealand. It is generally authorized for feed applications in at least the following countries: USA, Canada, EU. In the EU, canthaxanthin is allowed by law to be added to trout feed, salmon feed and poultry feed. The European Union limit is 80mg/kg of feedstuffs, 8mg/kg in feed for egg laying hens and 25mg/kg in feed for other poultry and salmonids.
Canthaxanthin is a potent lipid-soluble antioxidant. The biological functions of canthaxanthin are related, at least in part, to its ability to function as an antioxidant (free radical scavenging/vitamin E sparing) in animal tissues. 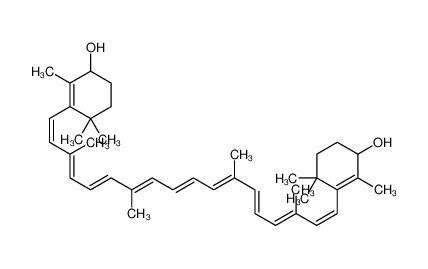 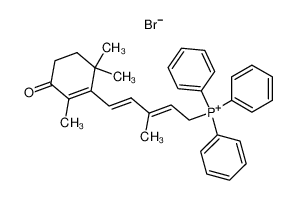