Trimethylsilyl chloride, also known as chlorotrimethylsilane is an organosilicon compound (silyl halide), with the formula (CH3)3SiCl, often abbreviated Me3SiCl or TMSCl. It is a colourless volatile liquid that is stable in the absence of water. It is widely used in organic chemistry. 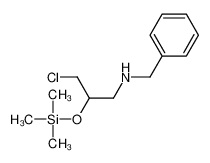